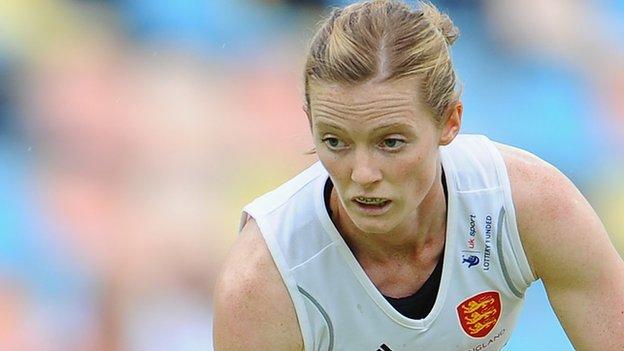 Silver with GB at the Champions Trophy in 2012 comes in a career dominated by bronze medals, including five at European and two at Commonwealth level.

She also managed silver at the 2002 Commonwealth Games as part of the England team.

With in excess of 200 international caps to her name, a host of awards and medals at major tournaments, the only thing she is missing is an Olympic medal, something she's be hoping to fix in London.

Richardson was the youngest female player to represent GB when she played at the Sydney Olympics in 2000.