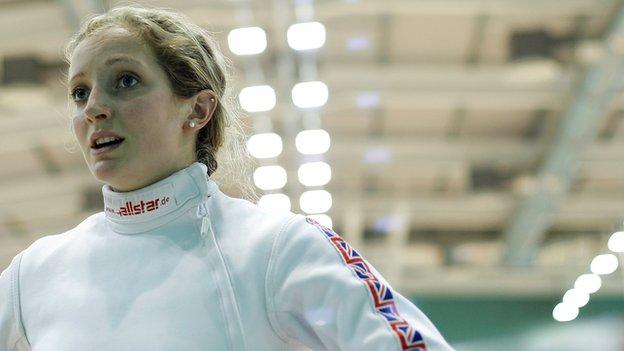 Prentice's athletic career started out with Pony Club Tetrathlon (Running, Riding, Shooting and Swimming), aged 11. She then joined her local athletics club in Aberdeen, where she was introduced to the pentathlon in 2003.

She was born in Stavanger, Norway but her parents moved to the village of Chapel of Garioch, near Aberdeen, when she was two. She now lives in Bath, where she is studying for a degree in Biology alongside training full time at the High Performance Centre.

According to the Daily Telegraph, her mother "was told to buy Prentice a safety helmet because she was so hyperactive she was a danger to herself" as a two year old.