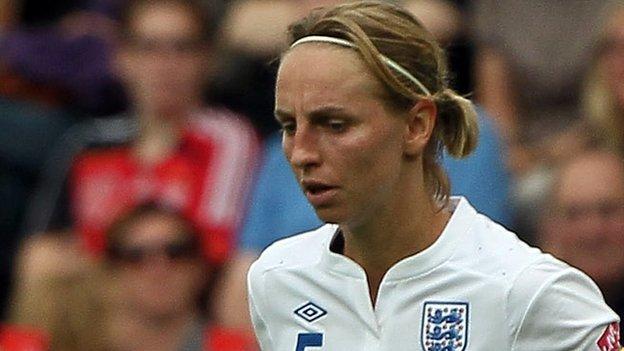 Forced to don a protective facemask after breaking her cheekbone in the quarter-final against Finland, White led England to the final against Germany at Euro 2009, losing 6-2.

At the 2011 World Cup she faced the almost universal experience of a missed penalty as England went out to France in the quarter-finals.

She has captained England in four major tournaments since first being capped in 1997. A commanding presence in the centre of defence, she will being a wealth of experience as a player and a leader to the GB team.

White got into football at Horley FC where she would join training sessions with her brothers' teammates.