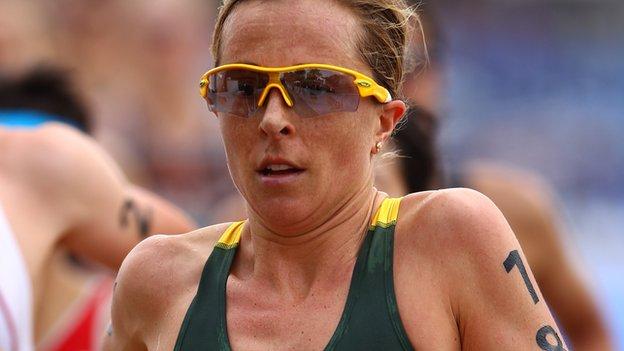 Winning the inaugural Olympic Triathlon in Beijing was a high water mark in the progression of Snowsill and came in a season when she went undefeated.

One of the most successful athletes in the Triathlon record books, her results sheet is littered with quality victories, including World and Commonwealth titles to complement her Olympic title.

However, since her victory in Beijing, injury and illness have slowed the flow of race wins.

Her boyfriend is her male counterpart in Beijing, Jan Frodeno, making them triathlon's golden couple.

On her own website she reveals that she is afraid of heights, as well as longing to live in Tuscany, Italy and learn a foreign language.