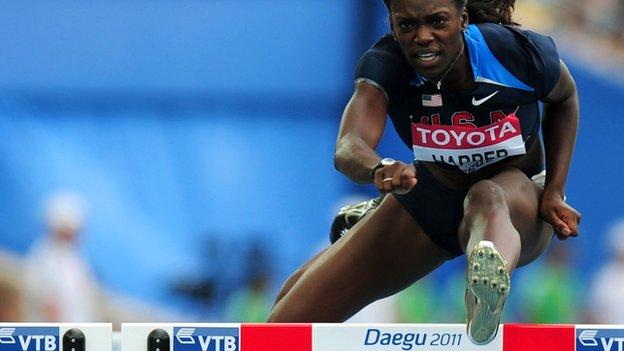 Harper was a surprise winner of gold in Beijing having qualified third for the US team behind the hot favourite Lolo Jones. When Jones clipped the final hurdle and stumbled, Harper surged from underdog to victory. Since Beijing, Harper's best result is a bronze at the 2011 World Championships.

From an early age, Harper shown a talent for running fast, amassing six state titles in her school career. That was enough to alert UCLA to her abilities and earned her a full scholarship to the university and a place on its renown athletics program.

She completed her degree in Psychology in 2006. During her time there she won the US and Pan-American Junior titles in 2003.

Harper is mentored by Jackie Joyner Kersee, an alumni of UCLA, whose own career has been one of the inspirations for Harper's. She is coached by Joyner Kersee's husband, Bob Kersee.