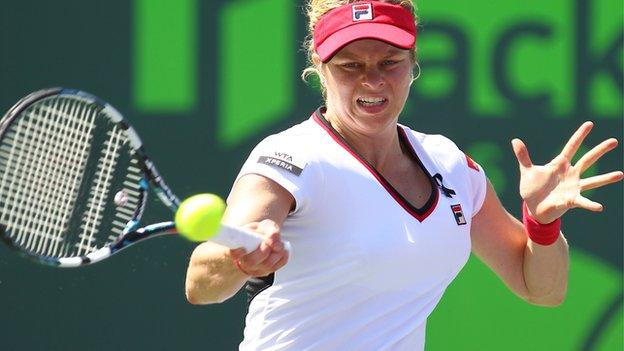 After retiring as planned in 2007, her comeback in 2009 proved that she had lost nothing as she claimed a fairytale Grand Slam title at the US Open, where she had won her first major in 2005.

She was the first player to reach the top of the WTA rankings without winning a Grand Slam event. No mean feat given that she did so in an era dominated by Justine Henin and the Williams Sisters.

Her US open win in 2009 made her the first mother to win a major title since Evonne Goolagong won Wimbledon in 1980. Her late father Lei was a Belgian football international and her mother Els a gymnast