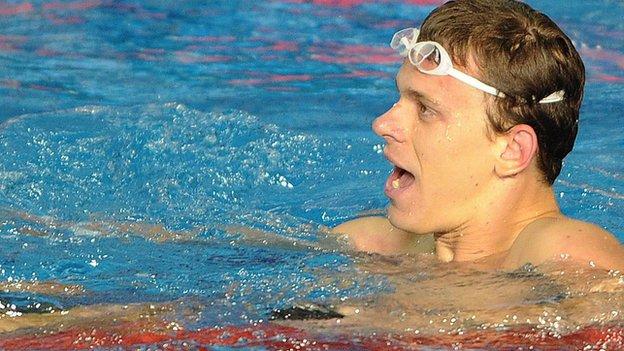 He won the 50m freestyle in Beijing with an Olympic record of 21.30 to become the first ever Brazilian gold medallist in the pool.

Cielo Filho escaped a ban for a failed drugs test as he successfully argued that the substance, furosemide, had come from a contaminated nutritional supplement.

His original sanction of a warning was upheld after the case was taken to arbitration by Fina, who had challenged the decision.

Unusually for a Brazilian perhaps, Cesar (named after his Italian grandfather Cesare) claims not to be football mad, preferring volleyball, noting that his country have one of the best teams in the world.