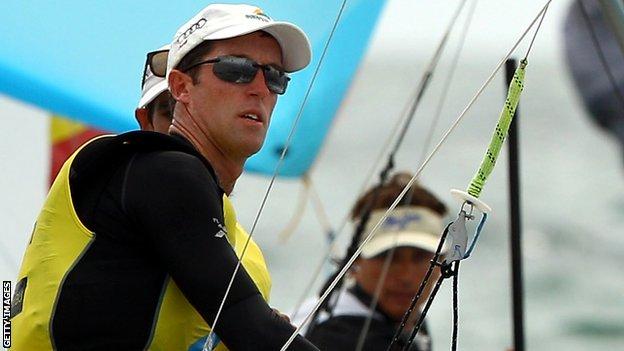 The veteran Page is one of the most successful sailors of all time in the 470 class. With crewmate Nathan Wilmot, they dominated the class winning three World titles, culminating in gold in Beijing.

Within hours of winning gold in Beijing Page had already discussed teaming up with Mathew Belcher for 2012. Page had pipped Belcher's boat for selection in 2008 and the latter had watched him take gold from the video boat.

As a team, they quickly rose to the top of the rankings and are a strong favourite to win in London.

Page was introduced to sailing by his older brothers who took up the sport at school. He started racing at the age of eight with Manly Juniors.