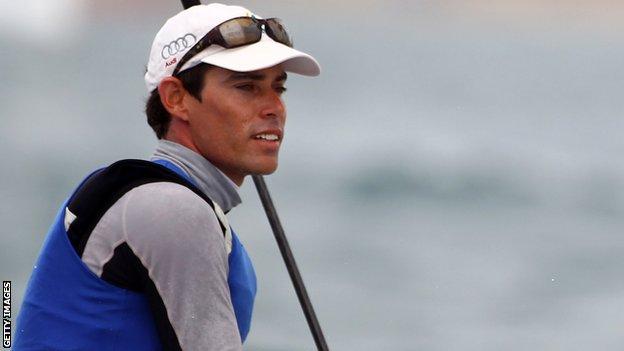 Belcher has won back-to-back world titles in the 470 dinghy since pairing up with Olympic gold medallist Malcolm Page after the Beijing Games. The second of those titles, in Perth last year, secured their berth at the London Olympics. They were nominated for the ISAF World Sailor of the Year award in 2010.

Belcher, with his then-partner Nick Behrens, topped the 470 class world rankings in 2007 but missed out on selection for the Beijing Olympics to his current team-mate Page, who went on to win gold with Nathan Wilmot. Belcher took time off from sailing and went to university full-time to study commerce at Bond University.

The Queenslander's first experience of sailing came at the age of seven when his parents towed him in a small dinghy behind a cruiser.

He screamed in protest but soon fell in love with the sport and ended up skippering for his brother Daniel when they won the 420 dinghy class at the World Championships in 2000.

He had the honour of carrying the flag at the closing ceremony of that year's Olympics in Sydney, despite not competing at the Games.