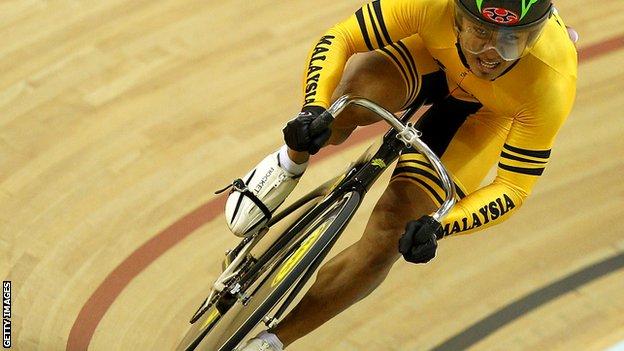 Awang became the first Asian cyclist to win a World Championship medal when he won silver in the sprint in 2009. The achievement earned him Malaysia's Sportsman of the Year award. In 2010 he won world silver behind Sir Chris Hoy in the keirin.

The Melbourne-based cyclist carried the Malaysian flag at the Opening Ceremony of the 2008 Olympics. In Beijing, he finished eighth in the sprint, 10th in the keirin and seventh in the team sprint. He is known as the Pocket Rocketman because of his small stature.

A 20cm wooden splinter pierced through his calf when he suffered a heavy fall at a World Cup event in Manchester in February 2011. Awang got up to finish third in the race but then needed surgery to remove the huge shard of wood from his leg.