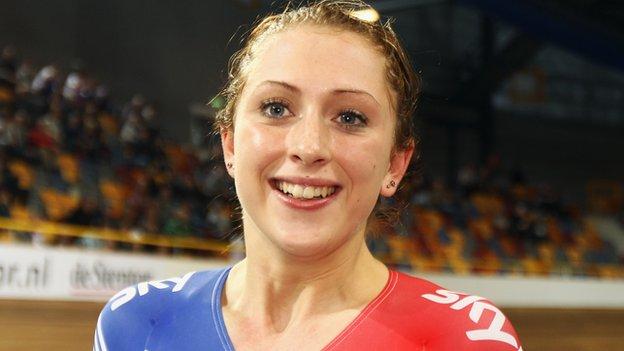 Trott won World Championship gold in the six-discipline omnium and team pursuit in April, the latter in a world-record time as Great Britain retained the title.

She is also a two-time European champion in the team pursuit and won the omnium at the 2011 European Championships.

In fact, all six medals she has won at senior European and world level have been gold.

We wanted to beat Australia on their home soil, especially before the Olympics. It puts out a strong message

She was born prematurely and with a collapsed lung, spending six-and-a-half weeks on a ventilator in intensive care.

She has also had to deal with asthma and a high level of acid in her stomach lining, which causes her to vomit after each race or hard training session. Trott also often suffers migraines afterwards.

She began cycling aged eight when her mum, looking for a way to lose weight, took the whole family to the outdoor track at Welwyn Garden City.

Trott soon got the winning bug, collecting £2 for her first victory in a handicap race.

An accomplished trampolinist, she was forced to give up after fainting in mid-air.