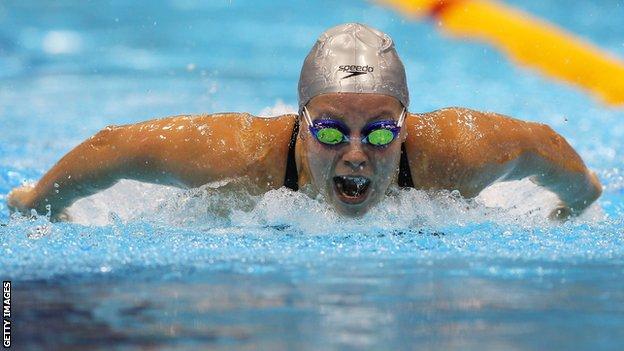 Gandy won silver in the 200m butterfly at the World Championships last summer - beating the gold and bronze medallists from the Beijing Olympics.

A five-time Youth Olympic champion, she set a new European 200m butterfly record in 2009, won three medals at the 2010 Commonwealth Games and, in March 2012, broke the national record over 100m at the British Swimming Championships to book her Olympic place.

She unexpectedly failed to reach the final at the 2009 World Championships, admitting she was "a rabbit in the headlights" because of nerves.

Born in Kent, she moved to Australia at the age of 16 when her father, Simon, took a job running Melbourne airport.

As a result, she trains alongside several of the world's best swimmers.