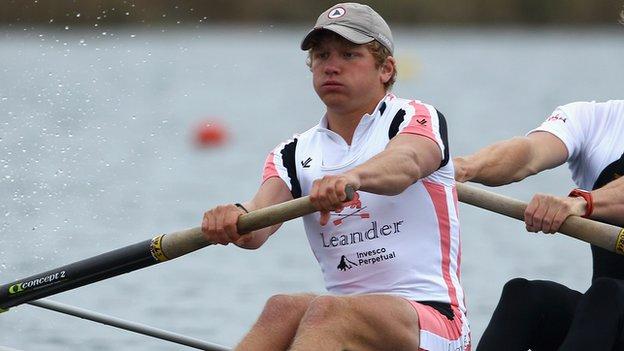 The 20-year-old has been selected as stroke of the powerful men's eight this year despite having never competed at a major senior championships.

He has been a world champion at junior and under-23 levels, in the men's four and pair respectively, and was the youngest member of the victorious Oxford crew in the 2011 Boat Race.

[If I'm selected for the Olympics], it would blow everything else I've done out of the water

Louloudis, whose father is Greek, started rowing at Eton (on the same lake where the Olympic rowing will be held) five years ago because he says he "was a terrible cricketer".

Described by four-time Olympic champion Sir Matthew Pinsent as "a bit of a beast", he has taken a year off his studies for a Classics degree in order to concentrate on rowing.

His mother, Madeleine, is a lady-in-waiting for Princess Anne.