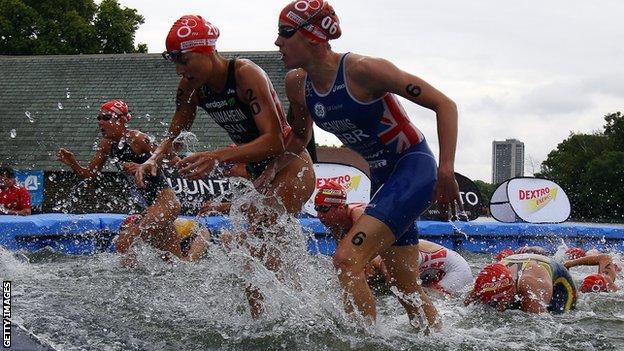 BOXING - European Olympic qualifying tournament, Trabzon, Turkey (14-22 April); Great Britain have selected a team of seven, covering all five of the weight categories where Olympic places are still available. Among those hoping to secure an Olympic spot is middleweight Anthony Ogogo, who won gold at a grand prix tournament in the Czech Republic last month after returning from shoulder surgery. You can view the full GB team here.

CYCLING - BMX Supercross World Cup, Randaberg, Norway (13-14 April); Great Britain's Olympic gold medal hopeful Shanaze Reade is back in action, having sat out the opening round of the World Cup in the United States. Follow Shanaze Reade on Twitter.

MODERN PENTATHLON - World Cup, Hungary (12-15 April); a big weekend for GB's Olympic hopefuls, as the results from this year's World Cups determine the British team for May's World Championships - the next opportunity for athletes to achieve the Olympic qualifying standard. Mhairi Spence and Nick Woodbridge are the highest-ranked of the GB team in Hungary. Follow Nick Woodbridge on Twitter.

ATHLETICS - South African Championships, Port Elizabeth (13-14 April); among those trying to book a place at London 2012 is 400m runner Oscar Pistorius, who could make history as the first amputee runner to compete at the Olympics. He has already achieved the qualifying time twice and needs one more run inside 45.30 seconds to satisfy the South Africa Olympic Committee's requirements. The men's 400m final is on Saturday 14 April at 1315 BST.

ARCHERY - World Cup, Shanghai (10-15 April); the first of three stages in this year's World Cup, which culminates in a Tokyo final in September. More than 300 archers will compete in China but Great Britain's London 2012 hopefuls are staying at home to concentrate on Olympic selection.

Among many highlights, Sir Chris Hoy won his 11th world title with a phenomenal last-ditch move in the men's keirin. That made up for his 2-0 defeat to GB team-mate Jason Kenny in the individual sprint, a result that has left the British selectors with an Olympic headache.

Teenager Laura Trott, whose family live within sight of the Olympic Park in London, won the women's omnium and also teamed up with Dani King and Jo Rowsell to win the women's team pursuit.

And Victoria Pendleton provided another highlight when she overcame her Australian rival Anna Meares on her way to gold in the women's sprint. Meares, like Chris Hoy, recovered well by winning the keirin.

It was Ainslie's first competition win since being disqualified for gross misconduct at the World Championships in December.

In the Star class, Britain's Iain Percy and Andrew Simpson missed out on gold by the narrowest of margins to Brazil's Robert Scheidt and Bruno Prada.

And there was a silver for Olympic champion Paul Goodison in the Laser class behind Simon Grotelueschen of Germany. 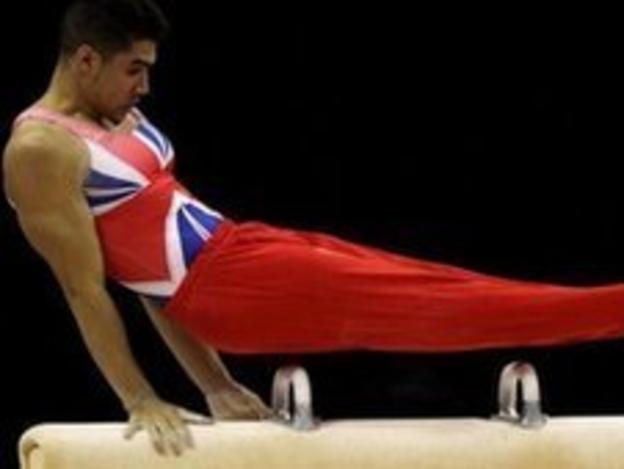 Louis Smith overcame a fractured finger to win a silver medal on the pommel horse at the World Cup in China.

The 22-year-old tried a new routine in the final, scoring an impressive 15.600 points, but was beaten by Hungary's Krisztian Berki, with 15.750 points.

Smith, who won bronze on the pommel horse in Beijing 2008, had scored 15.825 points in qualification.

Smith had been a doubt for the event after stubbing and breaking his finger on the high bar days before the start.

British cyclist Nicole Cooke has won the fifth and final stage of the Energiewacht Tour in the Netherlands.

The Faren-Honda Racing Team rider claimed victory in the 89-mile stage for her first major victory this year.

The win means Cooke, 28, finished 59th overall in the event, which was won by Germany's Ina Teutenberg.

US-raised Gordon and Ohio-born Mullens, who play for the Detroit Pistons and the Charlotte Bobcats respectively, are available for the first time.

Coach Chris Finch will reduce the group to 16 in May and then make a final cut to 12 at the start of July.

Playing in the round-robin tournament with Argentina, South Korea and Tunisia, the hosts opened with a heavy 32-15 defeat against the South American side.

They then suffered an even heavier 41-15 loss to Tunisia, who went on to win the tournament.

But Dragan Djukic's side did at least restore some pride against South Korea in their final game, Steven Larsson scoring 14 goals in a narrow 29-25 defeat.