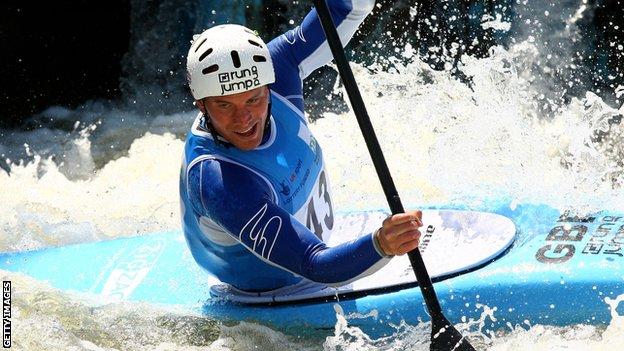 Harrow's Richard Hounslow says he has no fear as the battle for canoe slalom selection reaches its climax.

Places in Team GB for the Olympics will be decided this weekend at Lee Valley.

"If I can say I've trained as hard as possible and done as much as I can, I will be disappointed if I don't go. But I won't have any regrets."

Hounslow is attempting to secure a place in both the kayak single (K1) competition and the canoe double (C2) event.

The 30-year-old competes in the C2 in the same boat as David Florence, who won silver in the C1 category at the Beijing Games in 2008.

"Things have been going from strength to strength," Hounslow added.

"It took a while to get the balance right between the two categories, but last year was pretty good with top fives in both categories at the European Championships and the Olympic test event.

"Hopefully I can keep it going for selection."

Even if he does fail in his bid for a place in London, Hounslow believes the facilities at Hertfordshire's Lee Valley, where the canoe slalom competition will be held, will provide a legacy for the sport.

"I had to move to Nottingham as that's where the National Watersports Centre was and where the main training base was for all the training and the coaching," he continued.

"To have this on the outskirts of London is amazing.

"I hope it will attract more youngsters into the sport because there's such a huge amount of people around here."