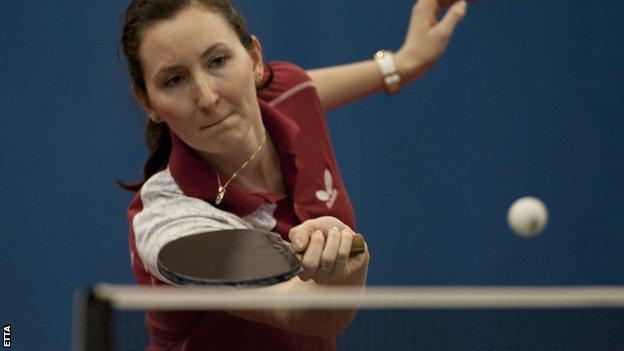 Britain's table tennis players have failed to qualify automatically for the 2012 Olympics in London.

There were 11 qualification spaces each for both men and women at the European Olympic Qualification Tournament in Luxembourg.

But GB's six-player squad was unable to reach far enough in the competition to be awarded 2012 qualification.

The British Table Tennis Federation has three host nation places available to it for each gender. Two men and two women will make a team plus one solitary male and female player to compete in the singles events. Final selection will be announced on 31 May.

After making their way through the preliminary stages to the main draw, Drinkhall, Parker and Liam Pitchford faced battles against much higher ranked opponents.

World number 106 Drinkhall defeated Croatian world number 58 Andrej Gacina (4-2), while Parker, ranked 136 in the world, beat Yana Noskova of Russia (4-2) who is 54 places above her.

But a defeat for Pitchford by Daniel Kosiba of Hungary (1-4) ended his automatic qualification hopes early on.

Drinkhall's and Parker's tournament came to an end at the hands of Tiago Apolonia of Portugal (2-4) and Austria's Li Qiangbing (0-4) respectively.

It means the GB players now face a wait to see if they have been selected to receive one of the six host nation places available from the British Table Table Federation.