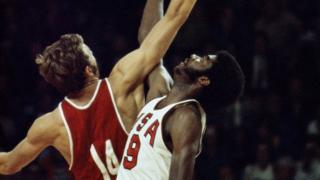 The Soviet Union beat the USA in the controversial 1972 Olympic basketball final, the first time America had failed to win gold in the event.

Despite leading when the buzzer first sounded, the US were overhauled after the officials called for three seconds to be put back on the clock allowing the Soviets to snatch victory.