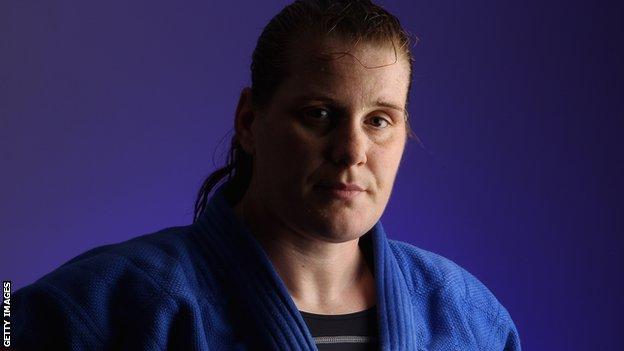 Camberley's Karina Bryant hopes to reap the benefits of a training camp in Japan when she competes in the European Judo Championships in Russia this week.

The tournament is the final Olympic ranking list points-scoring event before the London Games.

She told BBC Surrey: "In Japan, they have a lot more judo players. It's hard for me to practice with women as we don't have many heavyweights.

"I'm looking forward to trying to transfer that into competition."

The 33-year-old added: "We had a really good and successful two months out there.

"When I'm at home I practise with the boys and my training partner gets battered about a little bit.

"Wherever you are, you've got to crack on with your programme and it's a matter of getting the work done."

Bryant is currently ranked number 14 in the world in the over-78kg category.

Winning a fifth European title could lift her to seventh in the rankings, which would boost her chances of being seeded for the Olympic competition.

The European Championships take place from 26-29 April in Chelyabinsk.