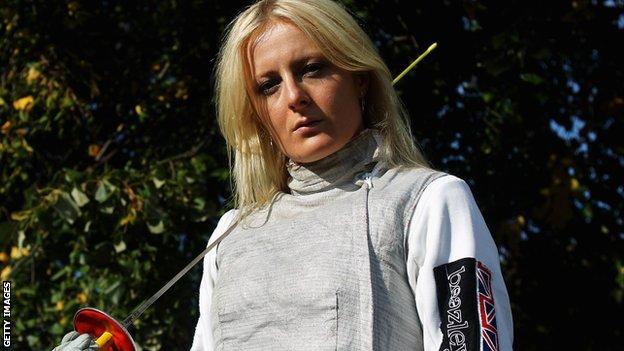 Natalia Sheppard has secured her place at the London 2012 Olympics by winning the foil discipline in the final European qualifying event in Slovakia.

Team GB will have eight additional host-nation wild cards to distribute, though, with selectors deciding who they will go to within the next month.

Sheppard, ranked 55 in the world, beat Cristina Ghita 10-6 in the final.

The 27-year-old, who will be appearing in her first Games, joins Richard Kruse, whose third appearance was secured after a last-ditch win last month.

His victory in Copenhagen sent him above Ukraine's Rostislav Hertsyk in the race for the last automatic Olympic qualifying spot.

Corinna Lawrence reached the semi-finals of the epee in Bratislava, but lost 15-11 to Hungarian Emese Szasz, the top seed.

There were earlier defeats for Joanna Hutchison and James Honeybone in the sabre and Jonathan Willis in the epee.

The quartet will now all be waiting to see if they have done enough to be awarded a wild card for this summer's event.