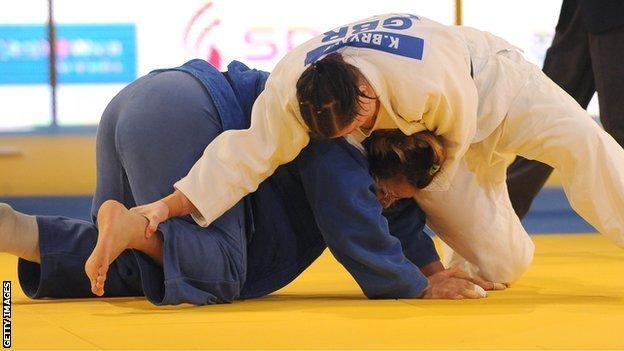 FOOTBALL - Olympic tournament draw, Wembley (24 April); the draw for the group stages of the men's and women's Olympic football tournaments, featuring a Great Britain side for the first time since 1960. Live on BBC Two at 1100 BST and streamed on the BBC Sport website.

Wilson Kipsang and Mary Keitany secured an impressive Kenyan double by winning the men's and women's races at the 32nd London Marathon.

Kipsang led for the final seven miles and just missed out on the course record in running 2:04:44, while Keitany won for the second successive year with a time of 2:18:37.

Claire Hallissey was the first Briton to finish, in 11th place, and her time of 2:27:44 was enough to earn Olympic selection ahead of Jo Pavey.

Tom Daley's resurgence continued with individual 10m platform gold in the fourth and final leg of the World Series in Mexico.

Daley, who had won silver in each of the previous three meetings, was awarded a perfect 10 for his final dive to finish almost 20 points clear of the field in the absence of world champion Qiu Bo.

Daley and Pete Waterfield had earlier produced their best score of this year's World Series to earn bronze in the synchronised 10m platform and claim the overall title.

There was further success for Great Britain as Chris Mears and Nick Robinson-Baker took silver in the men's synchronised 3m springboard, and the women's 10m platform pair of Tonia Couch and Sarah Barrow earned bronze.

Taylor won a bronze medal while Ogogo secured his place at London 2012 by reaching the final.

Ogogo, 23, only recently returned to the ring after five months out of action following shoulder surgery.

"I am just so thrilled and relieved to have finally qualified after all the challenges I have had to overcome," he said.

Alison Williamson will have to wait until 9 May for confirmation that she will compete in her sixth Olympic Games after missing out on automatic selection at the weekend.

The Athens bronze medallist finished behind Amy Oliver and Naomi Folkard in the British selection shoot, with the third place in the Olympic team at the discretion of the selectors.

Larry Godfrey and Simon Terry sealed their places for London 2012, with Alan Wills expected to be given the third spot ahead of Michael Peart.

Natalia Sheppard has become the second British fencer to earn a place at the Olympics.

The 27-year-old, ranked 55th in the world, clinched her place by reaching the final of the women's foil at the European qualifying tournament in Bratislava.

In-form Briton Samantha Murray has pressed her claims for Olympic selection by earning the first World Cup medal of her career.

The 22-year-old led compatriot Katy Burke going into the final run/shoot at the event in Russia but eventually had to settle for bronze. It followed her fourth place in Hungary a week earlier.