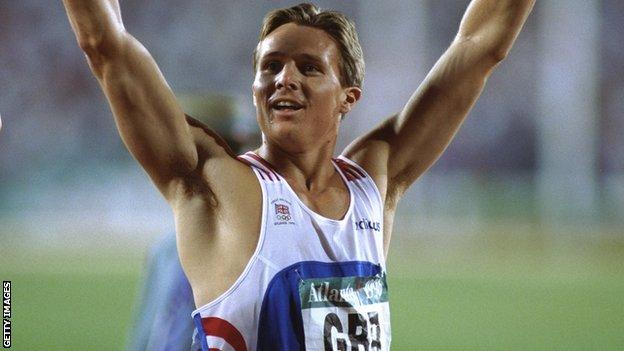 Roger Black believes lottery funding is unlikely to produce British Olympic medal winners in athletics if they do not have the "raw materials".

The Atlanta 400m silver medallist says funding is vital, and integral to success in cycling and rowing, but has less of an impact in athletics.

Coe, Bolt and Johnson. You can't create those athletes

"If you don't have raw materials then you won't make Olympic medallists. You have to be born with raw talent."

The 46-year-old added: "I'm not being arrogant, I clearly could do things at 400m that no other person could do in this country. Derek Redmond was similar to me. You can't buy that.

"Seb Coe, Usain Bolt and Michael Johnson. You can't create those athletes. You can work with talented people, but they won't necessarily win you medals."

Lottery funding began to help athletes in Britain during the late 1990s.

Black, who held the men's 400m British record at 44.37 seconds and won two silvers at the 1996 Olympics, suggested that his career had benefited without that extra financial help.

"It wouldn't have helped me train harder or better," continued the former Southampton University student.

"There's an argument that it could have been a problem for me because they [UK Athletics] try to centralise everything and treat everyone as one.

"It means you can't be a maverick and do your own thing. We made big decisions and went into debt. That shaped us. It made us stronger, better and hungrier.

"The lottery funding wouldn't have done that, but it would have prevented me getting injured as often as I was."

Meanwhile, Black believes that Britain will win "one or two golds" in track and field and picked out Jessica Ennis, Phillips Idowu, Dai Greene, Mo Farah and Christine Ohuruogu as the athletes most likely to succeed.

But two-time Olympian was less optimistic about the team's prospects in the blue riband event - the men's 100m.

"No Britons will make the final - one or two might make the semis," added Black.