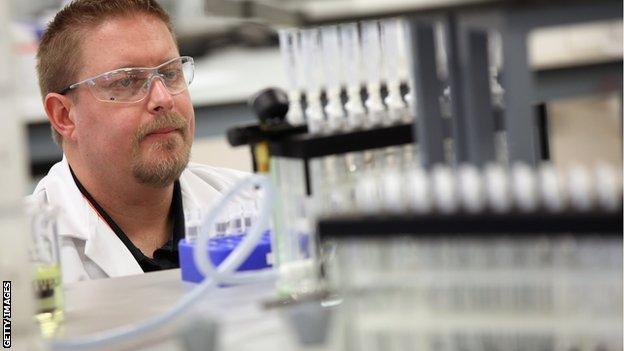 UK Anti-Doping chief executive Andy Parkinson insists the public should have confidence in the effectiveness of the Olympic drugs testing regime.

"We have been working really hard to ensure we in the UK have the toughest system in place to deter people from cheating," he told BBC Radio 5 live.

"We want people to have public confidence in the Games.

"We want people to be excited and believe in the performances they're seeing," he added.

The Court of Arbitration for Sport has confirmed that the judgement on whether the British Olympic Association can continue to impose lifetime Olympic bans on British athletes who have served suspensions for taking performance-enhancing drugs will be made next week.

The BOA challenged a ruling from the World Anti-Doping Agency that its bylaw, enacted more than 20 years ago, was unenforceable.

Parkinson says the outcome of the case will have little impact on the London Games.

"We need to recognise that the bylaw and decision in front of CAS only impacts on potentially three athletes out of a 10,000 athlete population coming to the Games," he said.

His comments come on the day the anti-doping laboratory to be used during London 2012 has been given the official seal of approval.