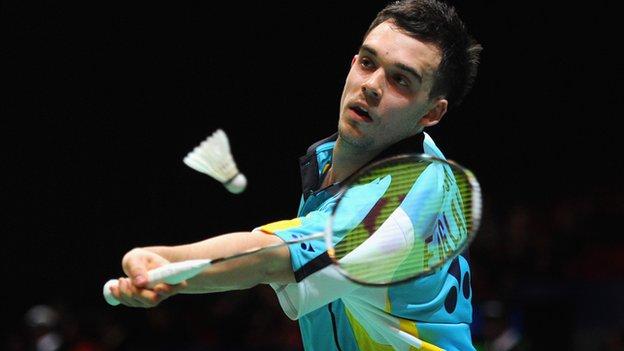 Adcock and Imogen Bankier won mixed doubles silver at the 2011 World Championships in London, and the pair broke into the world's top 10 for the first time this April.

Adcock was also part of the England team that won bronze at the 2010 Commonwealth Games.

Adcock got into badminton through his older brothers.

He was a talented footballer who played for his local sides Nottingham Forest and Leicester City as a junior but chose to concentrate on a career in badminton.

His fiancée is Gabby White - they got engaged in Venice in April and live in Milton Keynes.

They used to play mixed doubles together but, in 2010, Badminton England asked him to team up with Bankier, believing that combination would have a better chance of Olympic success.

The media made much of this split - and a subsequent Twitter spat between Bankier and mixed doubles rival Jenny Wallwork, a close friend and doubles partner of White - but both parties say it was overblown.