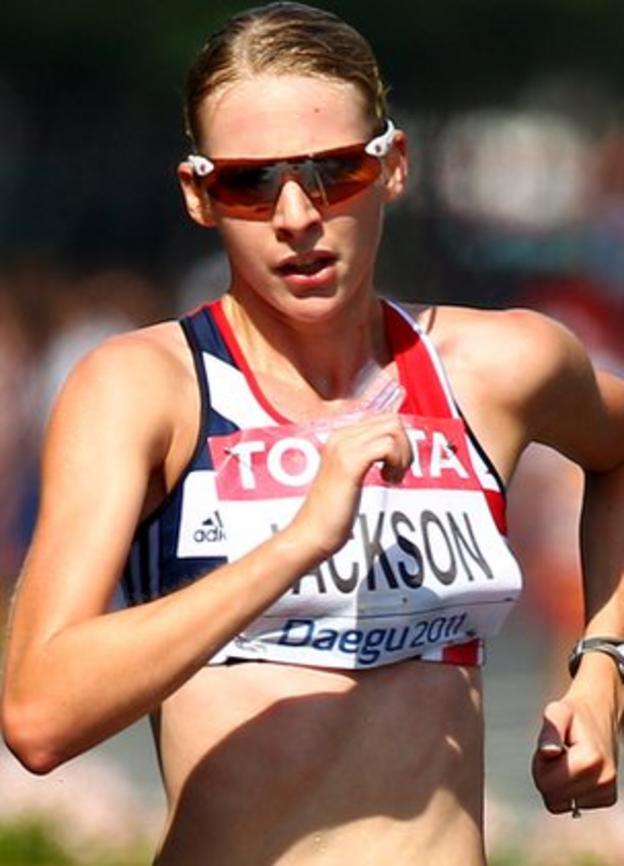 Race walker Johanna Jackson is aiming for a top-eight finish in the 20km walk at this summer's Olympics.

She told BBC Radio Leeds: "I normally keep my goals and aims to myself but in terms of London I think I'm capable of top eight.

"I've had some injury problems but if I'm fit and healthy that is achievable. It's an event where anything can happen because of the rules."

She added: "It's every athlete's dream to win an Olympic medal and I do hope to achieve that one day."

Jackson, who trains at Leeds Met University, is the reigning Commonwealth champion after taking gold in Delhi in 2010.

She finished 23rd in the 2011 World Champions in Daegu, having been disqualified in Berlin in 2009.

After missing the start of the season because of a knee operation, she is now looking forward to competing in Russia as her preparations for the event on 11 August start to pick up pace.

"Racing in Russia is a unique experience," she continued.

"I raced there in 2008 and the sport is so big there that the crowds you get are phenomenal. They treat you like a Hollywood star."