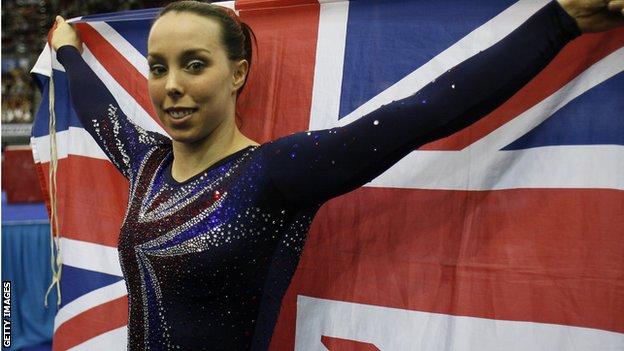 Team GB's Beth Tweddle has been ruled out of the European Gymnastics Championships after a knee operation.

The three-time world champion was due to compete in Brussels between 9-13 May before having minor keyhole surgery last Friday.

But Tweddle, 27, is confident she will be fully fit for the Olympics, where she is a major medal prospect.

"It's much better for this process to happen now rather than later in the year," said Tweddle.

Despite her success, Tweddle, who finished fourth in the Beijing Olympics in 2008, has been hit by injuries throughout her career.

In 2006 the Liverpudlian pulled out of the Commonwealth Games in Melbourne with a damaged ankle.

And she is again hopeful her latest setback will not disrupt her preparations for the Olympics.

British Gymnastics Olympic performance director Tim Jones said it was in Tweddle's best interests not to compete at the European Championships.

"It is important for us to protect Beth and safeguard her Olympic dreams," added Jones.