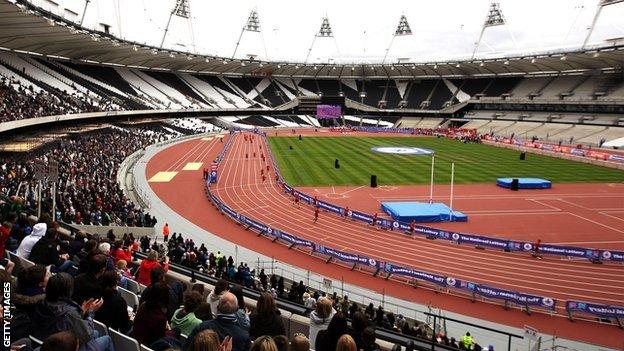 London 2012 hopefuls Perri Shakes-Drayton and Holly Bleasdale will have the chance to compete at the Olympic Stadium for the first time when it hosts the BUCS Outdoor Athletics Championships next month.

Organisers hope the official test event, which runs from 4-7 May, will give Team GB competitors an added edge ahead of the Games.

"Preparing our athletes for what to expect when they walk into the Olympic Stadium at Games time is almost impossible.

"They will get the chance to familiarise themselves with the Olympic Stadium and we can remove a number of unknown factors for them.

"The noise of an Olympic Stadium when a home favourite walks out just cannot be replicated."

Around 1500 students from 117 institutions will compete in the British Universities and Colleges Championships.

Sprinter Shakes-Drayton is a past BUCS champion, as are Dai Greene, Paula Radcliffe, Montell Douglas and Craig Pickering.