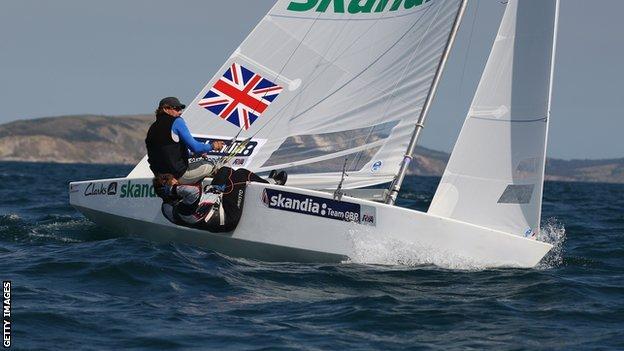 Olympic champions Iain Percy and Andrew Simpson had to settle for a silver medal at the Star World Championships.

The Britons missed out by two points to Brazilian great Robert Scheidt and his crew Bruno Prada in Hyeres, France.

Percy and Simpson led by five points going into the medal race but despite finishing one place in front of their rivals, the cushion was not enough.

After discarding their worst score, 38th and 39th respectively in the last race, the Brazilians came out on top.

"It's frustrating that we weren't able to finish it off, but this is just a battle, not the war," said the 35-year-old double Olympic gold medallist Percy.

Percy and Simpson claimed before the event they were using the Worlds more for fine-tuning of equipment and tactics ahead of London 2012.

"It provides great motivation for the weeks ahead," added Percy.

The pair, who were crowned world champions in 2010, had to pull out of December's World Championships in Perth while in the lead after Percy injured his back.

On their return, they finished a close second to Scheidt and Prada in Palma in early April and won the recent World Cup event at Hyeres.

"We made a lot of basic mistakes in Palma - racing mistakes - and the reason we're racing now is to iron these out, get savvier, get sharper," said Percy recently.