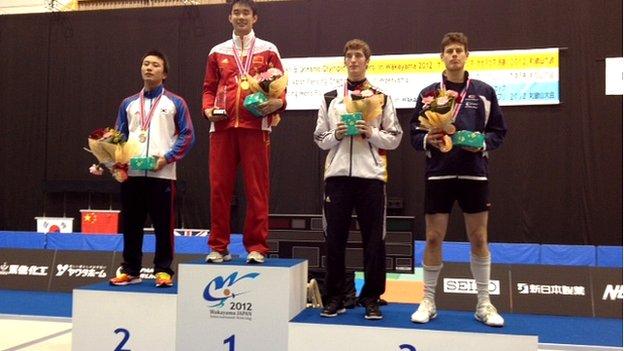 Britain's Richard Kruse scored an impressive win over world champion Andrea Cassara on his way to bronze at the Wakayama Grand Prix in Japan.

The 28-year-old avenged two previous defeats by world number one Cassara with a 15-13 win over the Italian in the last 16.

Kruse's run came to an end when he lost to eventual champion Jianfei Ma of China 15-14 in the semis.

The result takes Kruse up to 13th in the latest world rankings.

"We are really pleased that between us we managed to beat Cassara and Joppich this close to the Olympic Games," said Kruse. "It gives us real confidence for the final preparations."

Laurence Halsted returned from injury but could only win three of his six first-round fights and he then lost in the play-off to make the round of 64.