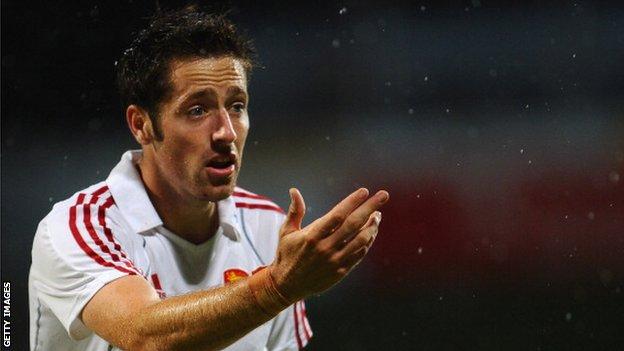 Northern Ireland man Iain Lewers will hope to secure his place in the British hockey squad for London 2012 at this week's test event at the Olympic venue.

A squad of almost 30 players will be whittled down to 16 plus four reserves later in May.

The British face Germany on Wednesday.

Britain's men and women take on six other leading hockey nations from 2 to 6 May inside the Olympic Park.

Britain's men, ranked fourth in the world, face a tough pool in the shape of world number one Australia, Olympic champions Germany and India.

Mark Pearn, a veteran of the GB men's team at the Sydney and Athens Olympics, is again in the reckoning for the London 2012 squad.

"I genuinely believe that, it's a really, really strong squad. I'm coming into the Olympics 10 times more confident than I've ever been before."

Britain's men finished fifth at Beijing 2008, with the women sixth.

Each of the teams has one more top-class tournament remaining after the Olympic test event: the men fly to Malaysia for the Sultan Azlan Shah Cup in late May, while the women host the London Cup in early June.