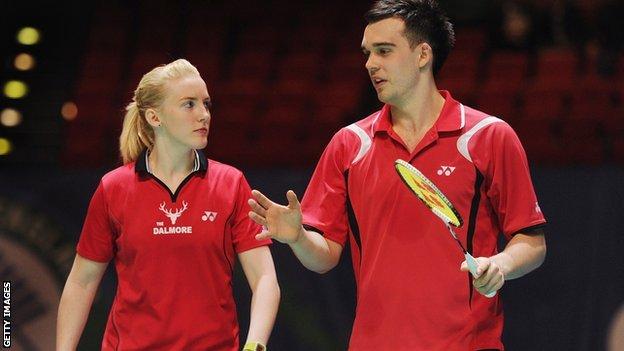 Britain will send four players to London 2012 after the publication of the badminton Olympic world rankings.

The squad will be officially announced by the British Olympic Association on 30 May.

Rajiv Ouseph is set for the men's singles place while Susan Egelstaff (ranked 36) and Elizabeth Cann (48) are battling for the women's singles spot.

The pair are ranked 10th in the world - seven places ahead of three-time Olympian Nathan Robertson and his partner Jenny Wallwork, who could also be chosen.

But speaking to 5 Live Sport on Thursday, Robertson said that Adcock and Bankier deserved their chance to compete in the Games.

In the men's doubles, Adcock and Andy Ellis are first reserves after Thailand's Bodin Issara and Maneepong Jongjit and South Africa's Dorian James and Willem Viljoen edged them out.