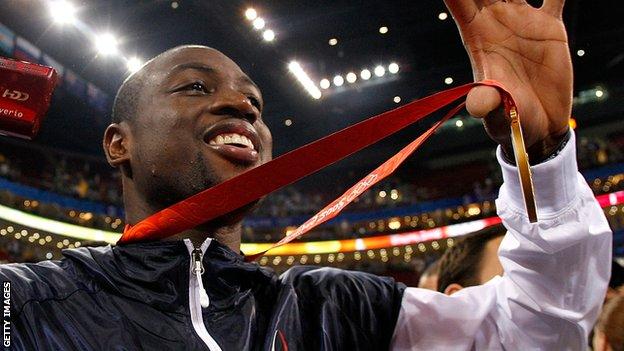 Wade is one of the biggest names in basketball and cemented this status after he became the United States's leading scorer in their gold medal winning Beijing Olympics campaign.

He has been named in the NBA All-Star side for the past eight seasons, with the highlight of his time with the Miami Heat coming when he was named the Most Valuable Player in 2006 after he helped guide them to their first ever Championship.

His speed from shooting guard has earned him a reputation as one of the trickiest players in the league to mark despite his 6 ft 4 in frame being short by NBA standards.

Wade has racked up several accolades for his achievements on the court, with the most prestigious coming after he was named the 2006 Sportsman of the Year by leading American publication Sports Illustrated.

He was given the nickname 'Flash' by former team-mate Shaquille O'Neal as he would sing, "He's the greatest in the universe," in reference to the Queen song of the same name.