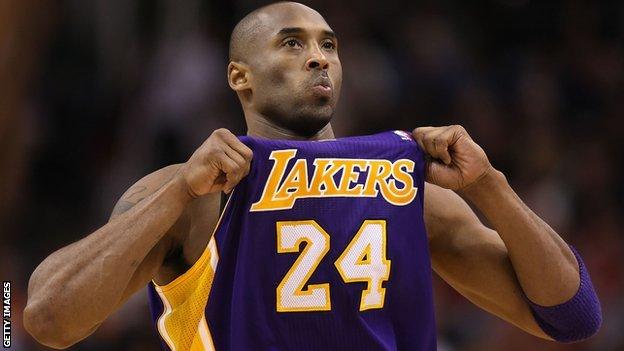 Bryant is one of the most decorated players in basketball history, and played a key role as the Los Angeles Lakers won three successive NBA Championships from 2000 to 2002. Despite making his league debut in 1996, the shooting guard's first Olympic campaign came in 2008 when the United States claimed gold in Beijing.

Bryant's success on the court has seen him named the Most Valuable Player in 2008 and become a 14-time NBA All-Star.

As of May 2011, he has registered five sixty-point games, 24 fifty-point games and 107 forty-point games for the Lakers. His career-high 81 points against the Toronto Raptors in 2006 is the second highest score in an NBA game by an individual player.

Bryant spent most of his childhood in Italy after his father, Joe, moved there to continue his professional career.