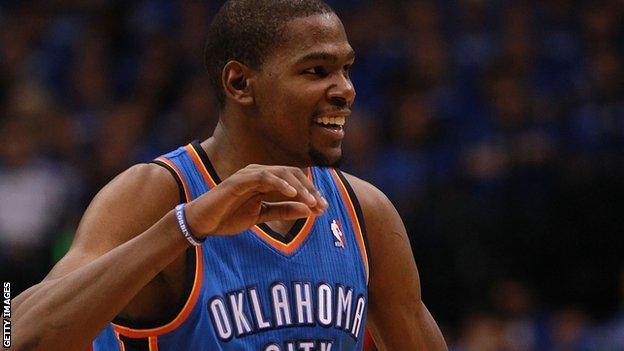 Durant has managed to convert a dominant college career into the professional game. The 6 ft 9 in small forward was named the NBA Rookie of the Year in 2007 and became the youngest player to win the NBA scoring title when he scored 2,472 points in the 2009/10 season with the Oklahoma City Thunder.

Durant set a new scoring record in the end of season Rookie Challenge showpiece when he scored 46 points in the 2009 Sophomore v Rookies game.

Only LeBron James had ever signed a bigger rookie endorsement deal than the $60m, seven-year kit arrangement Durant inked in 2007.