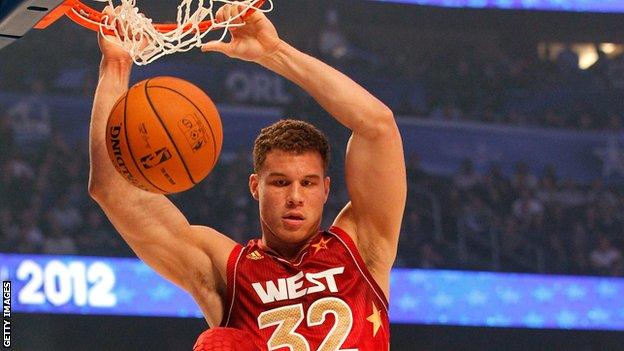 A broken kneecap in the final preseason game ruined what should have been Griffin's debut campaign, but the 6 ft 10 in power forward rebounded in 2010/11 to be named NBA Rookie of the Year and make the All-Star squad.

He was named as a starter in his second NBA All-Star appearance in February this year.

Griffin was named one of the NBA's 15 greatest rookies of all time by leading American publication Sports Illustrated after his stellar performances for the Los Angeles Clippers.