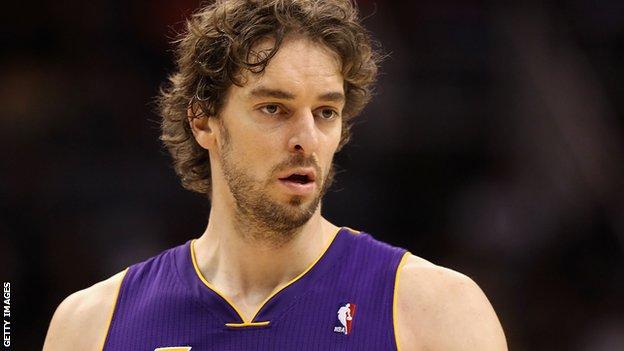 In more than a decade in the United States, Gasol has established himself as one of the most successful European imports in NBA history thanks to successive Championship victories with the Los Angeles Lakers in 2009 and 2010.

Pau also formed the spine of the Spanish team along with younger brother Marc as the nation won silver at the Beijing Olympics.

Gasol has scored more than 10,000 points in the NBA since moving across the Atlantic to join the Memphis Grizzlies in 2001. He still holds the majority of the Memphis franchise's offensive and defensive records despite moving to the Lakers four years ago.

Gasol was enrolled in the medical school at the University of Barcelona before giving up his studies to concentrate on his professional career.