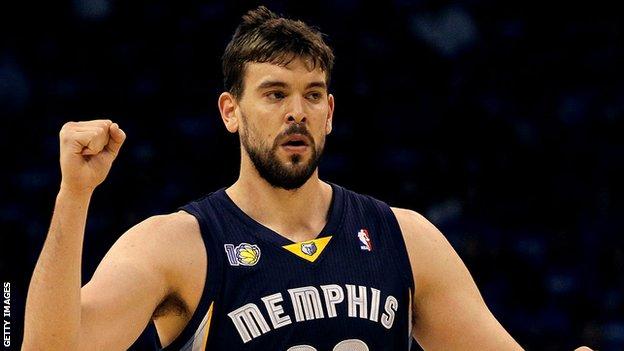 Marc Gasol has followed the path of brother Pau from Barcelona, to the Memphis Grizzlies, and into the ranks of the NBA All-Stars. Alongside his elder sibling, he won gold for Spain at the 2009 FIBA European Championship and silver at the Beijing Olympics.

The hardworking 7 ft 1 in centre came of age in the Grizzlies push to the NBA Championship semi-finals last season as he finished second in rebounds per game in the play-offs.

Gasol was named in the Western Conference reserves for the 2012 NBA All-Star game.