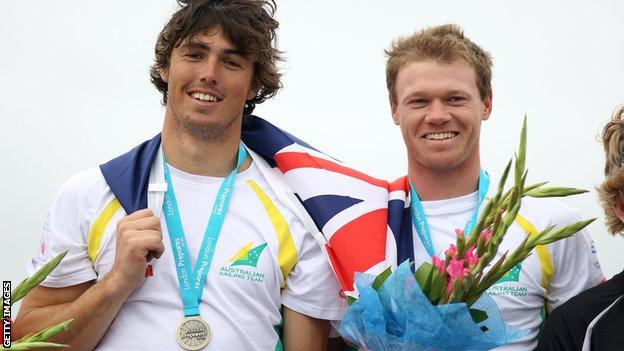 Outteridge has built on his triple gold medal winning success in the World Youth ranks by claiming the 2008 49er world championship with Ben Austin and 2009 world title with Iain Jensen.

Outteridge and Jensen have won all four regattas they have contested at the 2012 Olympic site in Weymouth. In 2005, Outteridge broke his back in a car accident that left him needing to learn to walk again.