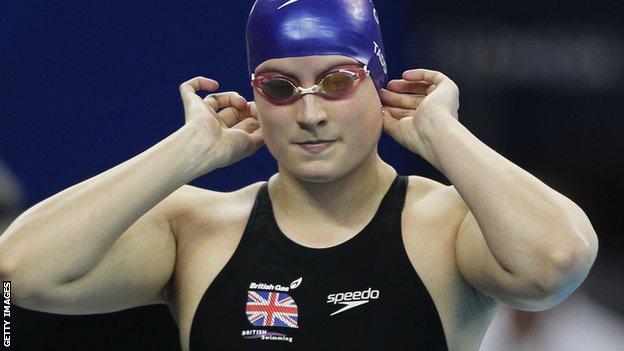 Tadd beat her own English record by 10 hundredths of a second when she finished first with a time of two minutes 26 seconds and 63 hundredths in the 200m breaststroke final at the Olympic qualifying event in March.

Tadd was named Most Promising Newcomer at the Sunday Times Sportswoman of the Year Awards in 2003.