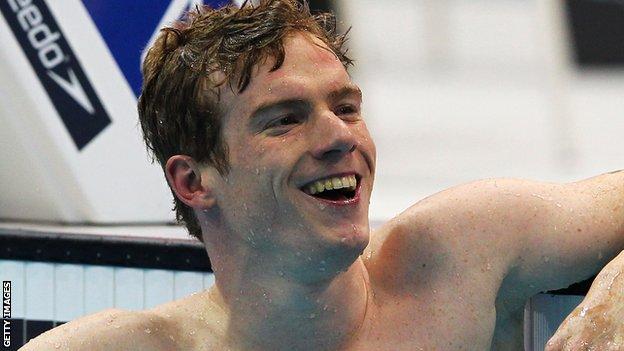 Liverpool-born Rock is the British record holder in the long course and short course 100m butterfly. He secured his place in the distance for London 2012 by finishing first in the qualifying final.

He was part of the team that finished sixth in the 4x100m medley at the Beijing Olympics in 2008.

Despite being the British record holder in the 200m butterfly, Rock lost out on a place in the event at London 2012 after he was beaten by Joe Roebuck and Roberto Pavoni in the qualifying final in March.