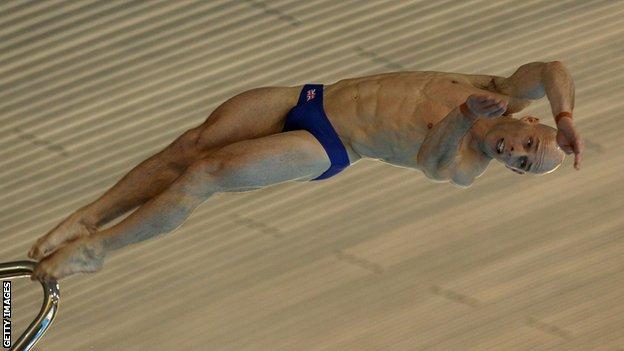 Britain's Peter Waterfield has pulled out of next week's European Diving Championships with a neck injury.

The 31-year-old, who won Olympic silver in 2004, had been due to compete with Tom Daley in the 10m platform synchronised competition in Eindhoven.

He said on Twitter: "I had an injection [in my neck] and have another on Thursday to make sure I'm all good for the [London 2012 Olympic] Games!"

He and Daley also won bronze at the final meeting of the World Series in April to become overall winners of the 10m platform synchro.

The British diving team will be announced after the selection trials on 8 June in Sheffield.