The BBC has announced details of the digital services that will offer viewers the most comprehensive coverage ever of an Olympic Games.

The broadcaster will provide live coverage of every London 2012 sport from every venue throughout the day.

An enhanced video experience will give access to up to 24 live HD streams and 2,500 hours of coverage via the BBC Sport website on PC and laptop. 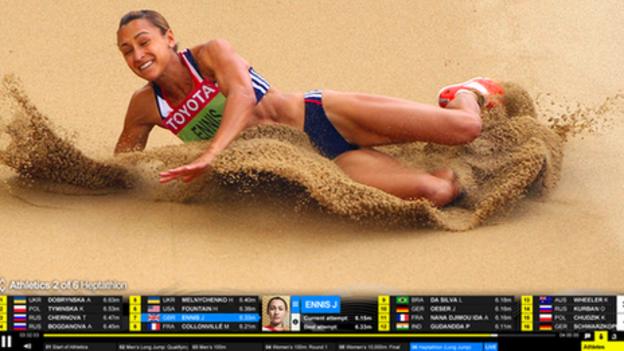 "The London 2012 Olympic Games is likely to be the biggest sporting event in the UK in our lifetimes," said Roger Mosey, BBC Director, London 2012.

"The BBC's coverage will ensure that our audiences need never miss a moment.

"As the nation's broadcaster, we are committed to ensuring that viewers get the most from their Olympic experience and our comprehensive coverage will deliver on that promise.

"We will be bringing live coverage of every Olympic Sport from every venue, through a combination of BBC One and BBC Three and up to 24 simultaneous streams live online on PC, mobile, tablet or connected TV.

"These services will be complemented by coverage on Radio 5 live, mobile and tablet.

"The majority of cable and satellite viewers will be able to access the 24 channels on their providers' platform through the BBC Red Button.

"Alongside our sport offering, our news services will be providing impartial news coverage on all the big Olympic stories."

The flagship Olympic channels, BBC One, BBC Two (when BBC One switches to the news), BBC Three, BBC HD and BBC One HD will be dedicated to the event over the 17 days of competition.

These stations combined will bring round-the-clock news, commentary and coverage with the majority of the stations' output coming live from Olympic venues around the UK.

"It's serving audiences in a way we've never been able to do before," said Dave Gordon, BBC Sport's Head of Major Events.

"From even more extensive coverage on TV, radio and online to mobile phones and tablets there will be unlimited content available. The technology is now in place to offer the ultimate choice for our viewers and there will be times when we will have up to 24 screens of sport."

All the latest news on the BBC's coverage of London 2012