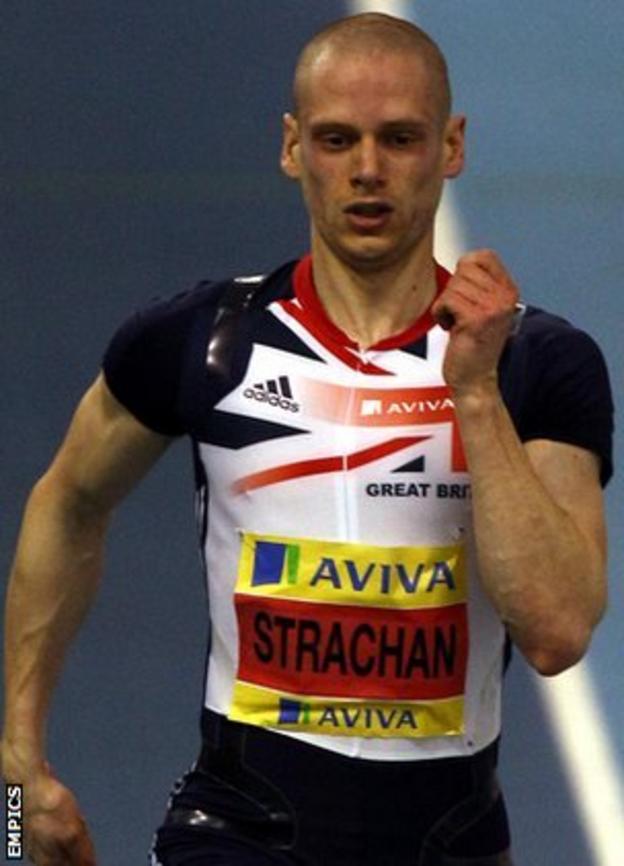 Athlete Richard Strachan is confident he can still make London 2012 with the help of coach Linford Christie.

And once back on the track, he believes former Olympic 100m champion Christie can inspire him to qualify for Team GB.

"He's fantastic to work with. To be training for an Olympics and being coached by Linford is a dream come true," he told BBC Radio Leeds.

"He's there every single day of training. We went away on a six-week camp to America recently and he was there the whole time."

Strachan, 25, suffered a grade two calf muscle tear in training, an injury which normally takes three to four weeks to heal, but he is hopeful of reducing that timescale.

"I've been lucky though because the treatment I've had has been brilliant," he said.

"I've had some injections and I'm going in to a hyperbaric oxygen chamber, which is where you breathe in 100% oxygen and should help speed up the healing process.

"I can't do much else but think that I'm going to be involved and we're going to be successful. I think about it every single day.