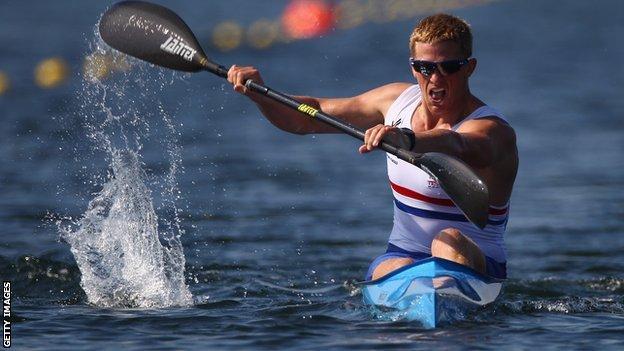 Wycherley has qualified for the final of the K1 1,000m sprint, while rival Brabants went out in the semi-final.

The deciding head-to-head will be at Duisburg, Germany in the second World Cup of the season in a week's time.

Under the terms of the race-off, Wycherley does not need to win the K1 1,000m final in Poznan, but has levelled the series by securing a better finish than Brabants.

Brabants won gold in the 1,000m and bronze in the 500m at the 2008 Beijing Olympics but Wycherley beat him last summer to earn the right to compete at the 2011 World Championships.