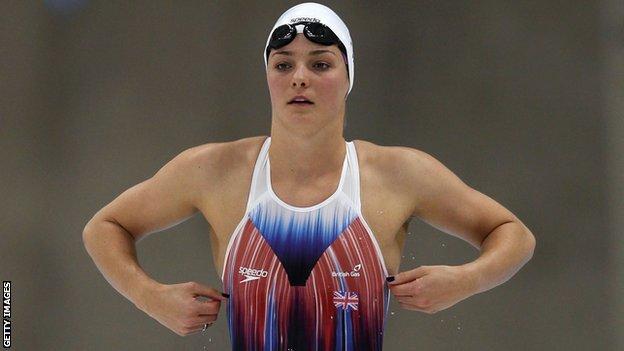 World champion Keri-Anne Payne failed to finish her 10km race at the European Open Water Swimming Cup in Eilat, Israel because of a shoulder injury.

The 24-year-old wrote on Twitter: "Have a little shoulder niggle and this isn't the year to soldier on, did most of it but was happy with what I did.

Payne won silver in the 10km at the 2008 Olympics in Beijing.

The setback in Israel is another disappointment for Payne, after she failed to qualify for the finals in either of her favoured events in the pool, the 800m freestyle and 400m individual medley, at the British Championship in March.

She will concentrate solely on the 10km open water race at London 2012 this summer.