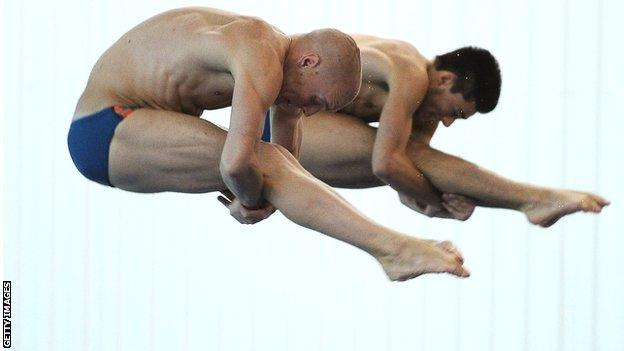 They scored 436.74 last time out at the final World Series leg in Mexico but could only manage 390.84 in Eindhoven.

"We've showed that we are good enough," Robinson-Baker said. "We were going well until the fifth dive and then a few errors cost us."

The British pair must now negotiate next month's Olympic trials.

Had Mears and Robinson-Baker repeated their career-best score from Mexico they would have secured the silver medal behind Russians Evgeny Kuznetsov and Ilya Zakharov, who won with 445.92.

"That World Series dive was our best and we have to build on that," Mears said. "That's what I'm thinking about when I go to bed at night - knowing we can do that.

"We'll keep working hard and if we do that there's a better chance it will happen at the Olympics."