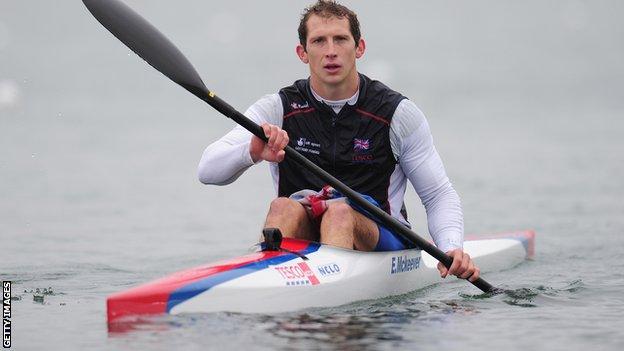 Despite having to battle a strong headwind, McKeever won in 36.92 seconds, edging Spain's Saul Craviotto.

Heath and Schofield made a poor start to allow French pair Arnaud Hybois and Sebastien Jouve an early lead.

But the Britons clinched second after a photo-finish with Canada and Denmark.

GB performance director John Anderson said: "It was fantastic to see our athletes make the podium today. It is great to see our most consistent athletes are still delivering at the highest level in what is the first big race of the season."

All three men qualified for London 2012 by winning races at the British sprint canoe squad's national regatta in April.