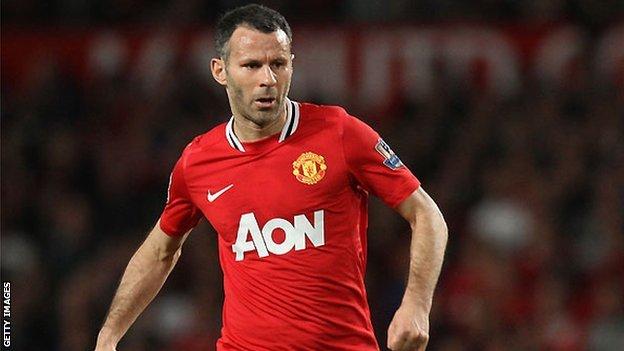 Stuart Pearce has named 13 Englishmen and five players from Wales in his 18-man Team GB squad for the Olympic Games.

There is no place for David Beckham, but his former Manchester United team-mate Ryan Giggs is joined by fellow Welshman Craig Bellamy and Manchester City defender Micah Richards as the three permitted overage players.

Match of the Day commentator Jonathan Pearce casts his eye over the squad, which begins their campaign for gold against Senegal on 26 July and also face group games against the UAE and Uruguay.

Jonathan Pearce's overall verdict: "Stuart Pearce was criticised for not picking David Beckham but I know people who have seen him recently have said that his legs have gone and I can understand why he has left him out.

"The squad has got huge experience in Giggs and Bellamy, as well as youthful promise in the likes of Joe Allen, Aaron Ramsey and Tom Cleverley. There are one or two worrying positions, perhaps lacking experience in the centre of defence, and the team will encounter some top-class opposition.

"But if they can get through their group then the draw is very favourable in terms of reaching the semi-final stage." 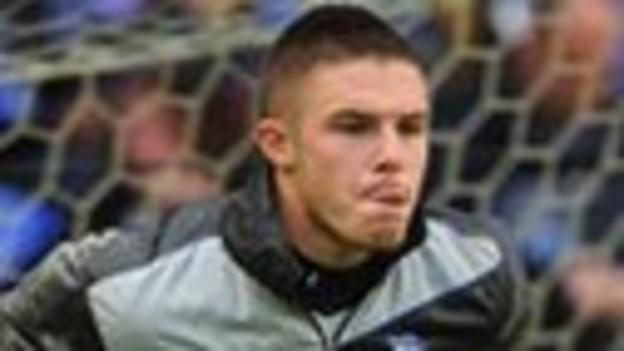 Butland is yet to make his first-team debut for Birmingham but is set to start as first-choice for Team GB after making his name during a hugely promising loan spell with League Two side Cheltenham Town. Butland is highly rated and was a late call-up for Roy Hodgson's England squad for Euro 2012, where he gained valuable experience as cover for Joe Hart and Robert Green.

JP's verdict: "He showed his credentials - or at least how highly people rate him - by being brought into the Euro 2012 squad. I'm looking forward to seeing him play on the big stage." 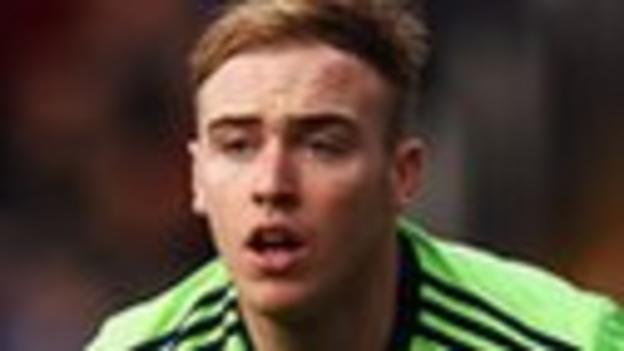 Steele rose through the ranks at Middlesbrough and has firmly established himself as the Championship side's number one goalkeeper. The young shotstopper has represented England at all levels up to Under-21.

JP's verdict: "He has been talked about for a few years now and I think that his selection is a sound decision." 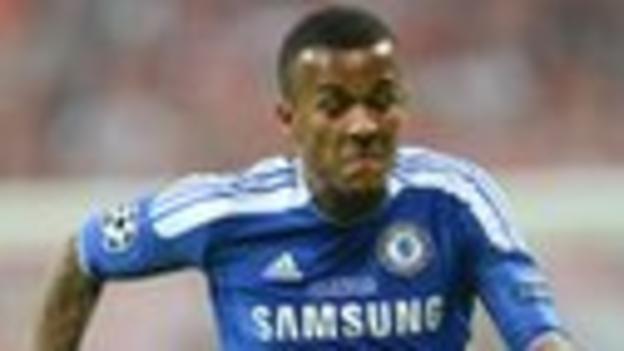 Seen by many as the long-term replacement for Ashley Cole at Chelsea, Bertrand has impressed during loan spells in the Championship with Norwich, Reading and Nottingham Forest. Called into first-team action at Stamford Bridge this year, he was a surprise starter in Munich as Roberto Di Matteo's men won the Champions League. Like Danny Rose, Bertrand can play at full-back or in midfield.

JP's verdict: "Chelsea showed that they are not worried about his ability to play on the big occasion by starting him in the Champions League final. He has got pace and can get up and down the left side. He has got a big future." 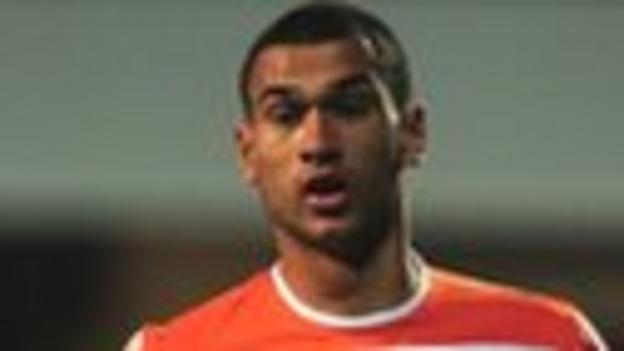 Caulker is expected to challenge for a place in the Spurs side next season after a fine season out on loan at Swansea. Already a regular for the England Under-21s, Caulker could line up alongside James Tomkins at the heart of the defence.

JP's verdict: "He looked raw when he was on loan at Bristol City during the 2010-11 season but he grew as a player under Brendan Rodgers at Swansea. He is deceptively quick and has improved a great deal." 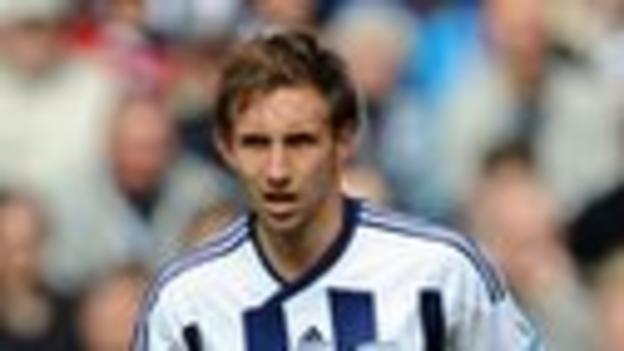 Dawson signed for West Brom from Rochdale in 2010, but was immediately sent back on loan to his hometown club. His breakthrough at West Brom came last season and he made 12 appearances for the Premier League side.

JP's verdict: "I wonder if England boss Roy Hodgson had much to say about this selection? He managed him at West Brom and must know about his ability. He is quite a cultured defender and his progression over the last 14 months - from Rochdale to Team GB - has been startling." 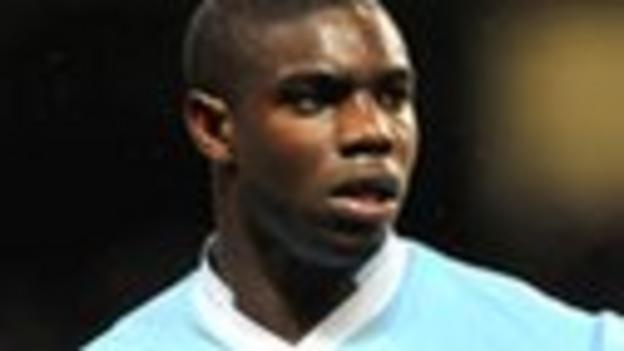 Richards earned his place as an overage player after being left out of Roy Hodgson's England squad for Euro 2012. Richards - who can play at right-back or centre-half - made 29 Premier League appearances last season as City won the title. A big favourite of GB coach Stuart Pearce - who handed him his City debut in 2005.

JP's verdict: "I am surprised he has been included, given that he rejected the chance to be on standby for England at Euro 2012. However, he is an immensely powerful athlete and was hugely important to City as they won the title last year. He is a player that Pearce can get the best out of." 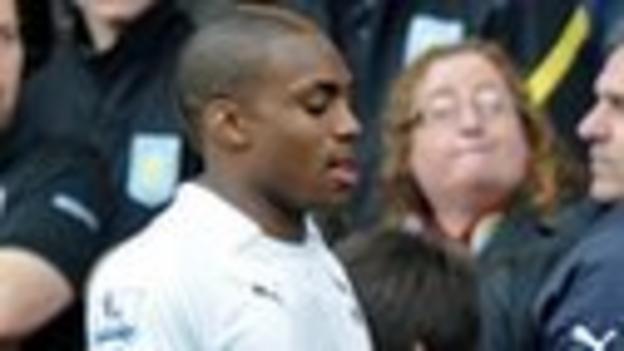 Another left-sided option for Team GB, Rose can play on the wing or at left-back after playing in both positions for Spurs on a regular basis. Announced himself to the world with a stunning long-range volley against rivals Arsenal in 2010. A regular for Pearce in the England Under-21 camp.

JP's verdict: "He ended last season well. I remember his goal for Spurs against Arsenal on his league debut in April 2010. Any player that can strike a ball like that in such a big game will do for me. He has had injury problems but hopefully a strong Games will help him earn a regular place at Tottenham." 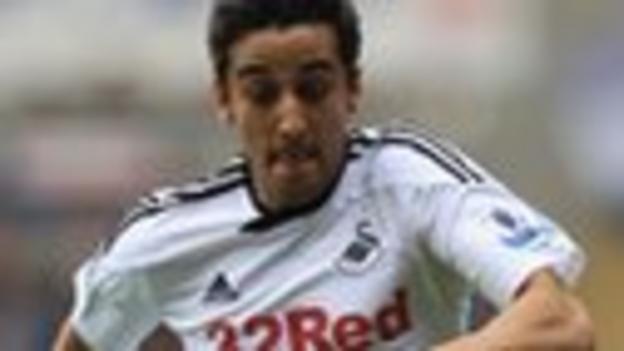 Taylor was a target for Newcastle last summer and showed why during an excellent first season in the Premier League for Swansea. Dependable at the back and exciting going forward down the left flank.

JP's verdict: "A very under-rated player. As well as at full-back, he can play on the left of midfield and on the left side of central defence. He is important for Wales and deserves his call-up. 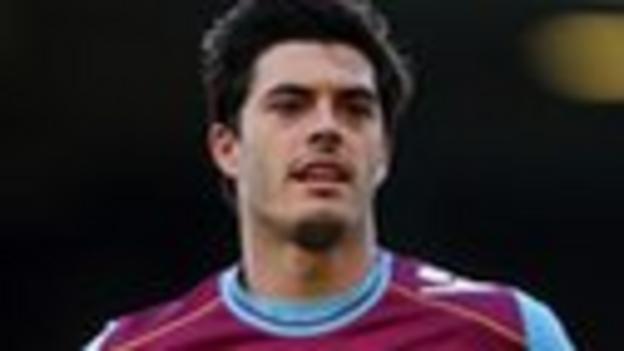 After suffering relegation from the top flight with West Ham 12 months ago, Tomkins came of age in the Championship as a key part of Sam Allardyce's promotion-winning side. Strong in the air and a goal threat at the other end, Tomkins is another who has been a regular under Pearce for the England Under-21s.

JP's verdict: "He made a big impact when he broke into the first team at West Ham but looked tired and struggled towards the end of their 2010-11 relegation season. Some experts wondered whether he would come back but he impressed during their promotion campaign. A very cool defender." 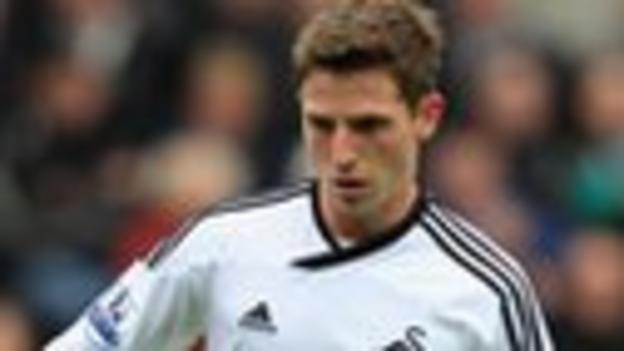 After forming a dominant partnership with Leon Britton in the Swansea midfield, Allen won rave reviews throughout his first season in the Premier League. A sharp passer, Allen will be fighting with countrymen Aaron Ramsey and Ryan Giggs for a starting berth.

JP's verdict: "I have known for some time that he is a really talented player. He caught the eye when he scored for Swansea against Cardiff in April 2009 as a 19-year-old. I know how much his former Swans boss Brendan Rodgers rates him. He is a great passer of the ball, our little Andres Iniesta." 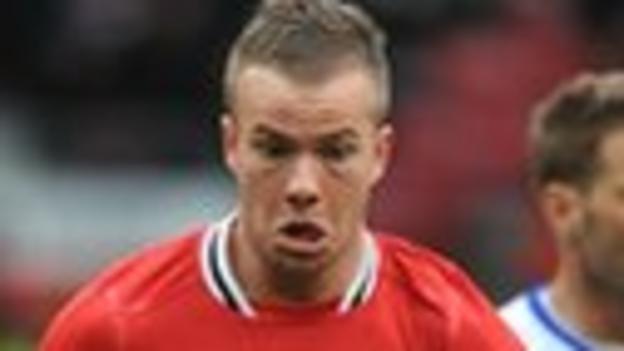 A starring role in last season's Community Shield win over Manchester City threatened to herald the start of Cleverley's Manchester United career in earnest. However, foot and ankle injuries put the brakes on the midfielder's season, though not before he was called up to the England squad by then manager Fabio Capello. He is yet to win his first cap but a strong showing in the Olympics can only help his cause.

JP's verdict: "He really could be an outstanding player. Cleverley had some terrible injuries last season but showed on loan at Wigan during the 2010-11 season what he can do. He buzzes in midfield, is a good passer of the ball and knows how to keep possession." 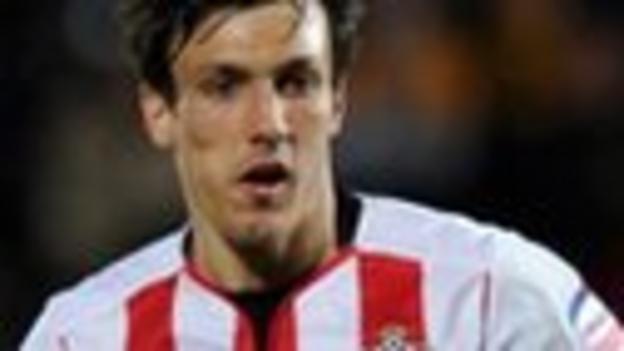 A former Chelsea trainee, the midfielder started every game as Southampton secured promotion back to the Premier League last season. Cork has featured at every youth level for England and has been a regular for the Under-21s, although most of his appearances have come from the bench.

JP's verdict: "After a nomadic experience during the early years of his career, he has found a permanent home at Southampton and flourished there last season during their promotion campaign. His dad Alan, a former Crazy Gang striker at Wimbledon, will love the fact that his son will be at the Olympics." 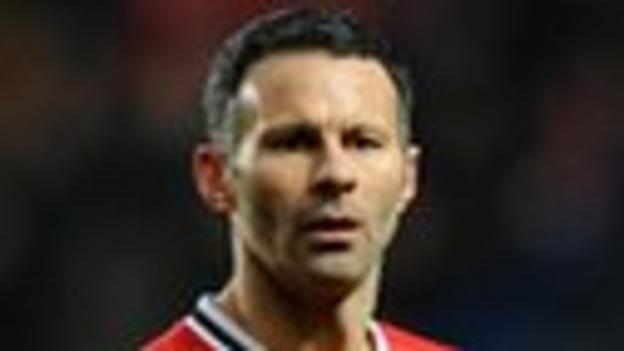 Giggs has been given the chance to shine on the international stage for the first time. After winning the lot at club level, Giggs can play in the centre or replace the injured Gareth Bale out on the left wing. Could be a calming presence in a young side.

JP's verdict: "Giggs had to be in the squad. When I voted for the person I thought was the best in the 20-year history of the Premier League I had no doubts about going for Giggs. I hope he can roll back the years and star at the Olympics." 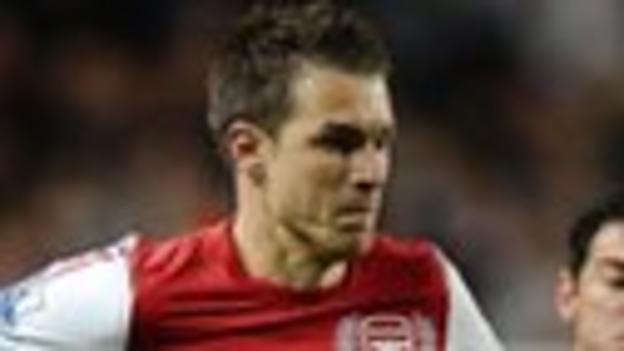 Another Welshman with a key role in midfield, the captain of the national side is still struggling to recapture his best form at club level after an horrific leg break in 2010. Will be eager to dictate the tempo of play in midfield alongside Giggs, and could always chip in with a goal.

JP's verdict: "He was given a hard time last season by some Arsenal fans who forgot how young he is but he did not hide. He reminds me of Cesc Fabregas in that he always wants the ball and is looking to create. He could well play alongside Allen, meaning the core of Team GB's midfield could be Welsh." 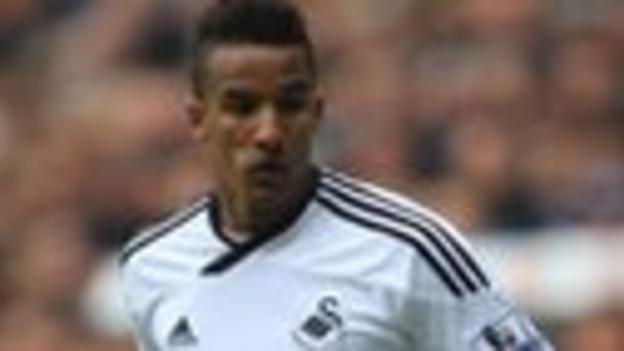 Since signing for Chelsea as a 16-year-old in 2005, much has been expected from Sinclair. Able to operate on either side of a front three or in midfield, Sinclair has found a home as well as his best form in Swansea and hit a hat-trick in their play-off win just over 12 months ago. Sinclair added eight more goals in his first season in the Premier League for the Swans.

JP's verdict: "One of the most underrated players during the first half of last season, he is cool under pressure, has got pace and can turn defenders. He had a good season for Swansea in the Premier League and is at last fulfilling his potential." 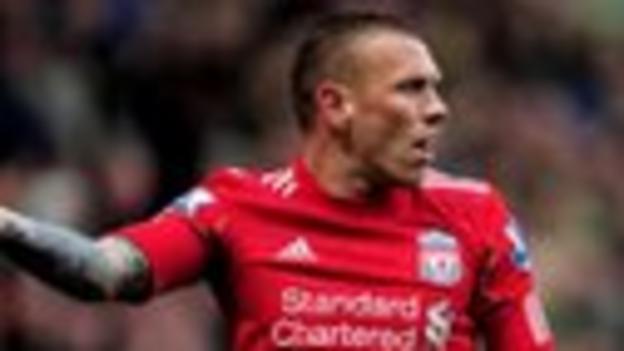 With more than 120 league goals to his name, Bellamy is the proven goalscorer who can act as a foil to the rest of the young Team GB squad. A fierce competitor, but doubts remain over Bellamy's ability to play several games in a week.

JP's verdict: "Bellamy will flourish in the senior player role. As a daddy of the team I think he will be very good with the younger players. Love him or hate him, he has scored lots of goals and regularly played well for Wales." 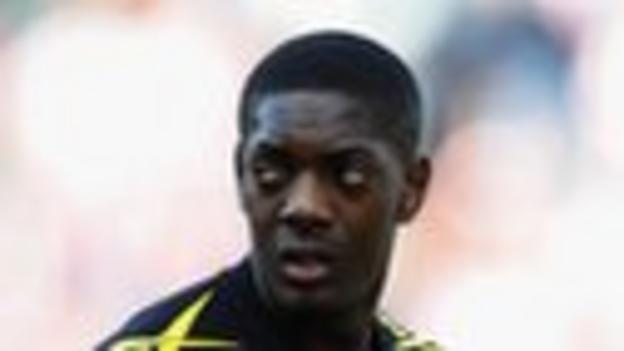 Something of a surprise inclusion having made just three senior appearances for Bolton. Gained plenty of first-team experience at Watford, scoring 15 goals in the 2010-11 season, and he has been in good form for England's Under-21s with two goals in seven appearances, which may have swayed Stuart Pearce's decision.

JP's verdict: "This must be one of the surprise selections in the squad, just as it was a surprise when Bolton bought him last season. He will score goals in the Championship and Bolton will be hoping he has a good Olympics so that he starts the new campaign on the run." 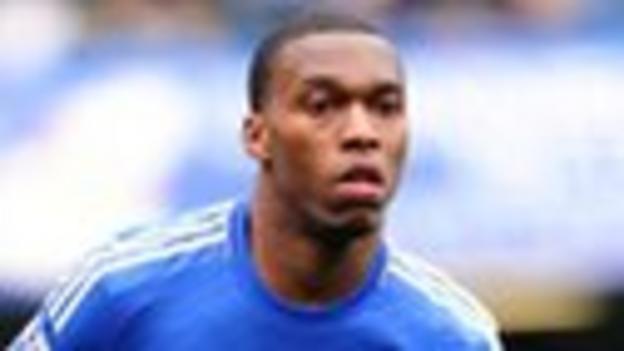 Capable of playing through the middle or wide on the right, Sturridge cemented his place as a first-team regular for Chelsea last year, scoring 13 times. Another who missed out on a spot in the England squad for the Euros, Sturridge has the pace and finishing ability to score goals on the international stage.

JP's verdict: "Sturridge will be a key man in terms of whether Team GB reach the medal positions. They really need him firing but, worryingly, I thought his head went down a few times towards the end of last season when he was played out of position at Chelsea. He needs to rediscover the perkiness he showed when on loan at Bolton because he will have to shoulder a lot of the goalscoring responsibility."