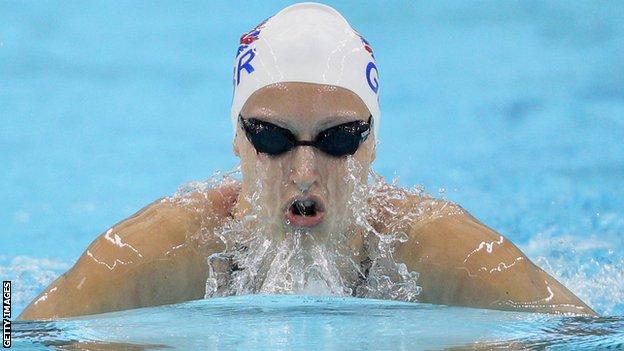 The 20-year-old, who qualified for the final fifth fastest, produced a strong finish to clinch second place in the 200m individual medley in Debrecen.

James Goddard secured Britain's first silver after coming second in the final of the men's race.

Allen, who will make her Olympic debut at London 2012, was fifth at the halfway point in the final and had looked set to miss out on a medal.

But an impressive breaststroke leg - the quickest in the field - propelled her to second with 50m to go.

Allen then produced a strong final freestyle leg to finish just behind Hosszu, who claimed her second medley title of the week after victory over 400m.