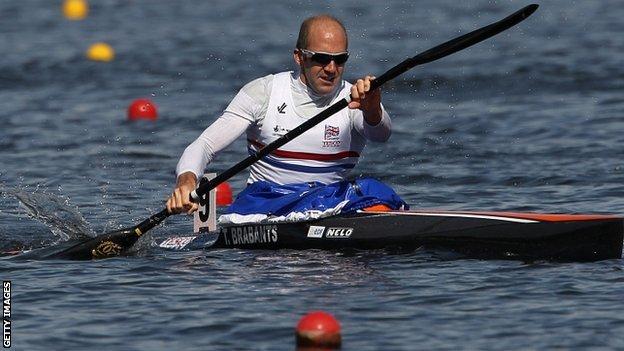 Olympic champion Tim Brabants is set to defend his K1 1000m title in London after winning his race-off with fellow Briton Paul Wycherley.

Brabants took the best-of-three series 2-1 by making the final of the World Cup event in Duisburg, while Wycherley went out in the semi-finals.

Officials must ratify the decision next week before selection is confirmed.

However, Wycherley beat him last summer to earn the right to compete at the 2011 World Championships and, after Brabants won their opening race-off at last month's British national trial, Wycherley then bettered Brabants' finish at the World Cup in Poland.