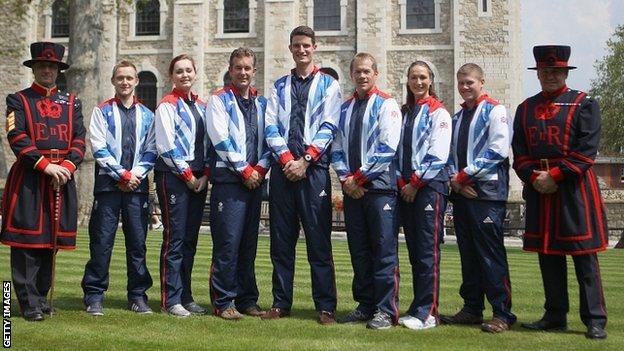 World number one Peter Wilson and former Olympic champion Richard Faulds are among 10 shooters named in the Team GB squad for London 2012.

Double Trap star Wilson, 25, won the European title in 2011 and set a new world record at the World Cup in Tucson earlier this year.

Faulds, 35, is selected for his fifth consecutive Olympic Games and won Double Trap gold in 2000.

Jennifer McIntosh, 20, and James Huckle, 21, are the youngest members of the squad and will make their Olympic debuts.

"To be able to compete on home turf is an absolute honour for me," said Faulds.

"I am very excited about competing in London, and I still remember exactly where I was when I heard that London was to be the host city. I remember thinking 'maybe I won't retire just yet!'"

Wilson added: "I've been training relentlessly for the last six years just to have this opportunity, and it really is a dream come true."